The Navigators are a Minor Guild tied to the Fishermen by oaths and pirate gold. As a Minor Guild, some of their players can crossover and play for the Fishermen too. Their playstyle is close to their parent guild, with a strong focus on speed, manoeuvrability and goal scoring threat. They can nip around and create incredible goalscoring threats, but their players can’t take many hits in return, so their strength has to be carefully husbanded till the time is right.

The Navigators, uniquely, get to reroll the dice when they make an attack or kick, meaning they are one of the most reliable Guilds in the whole game to play. Even their worst player is much more reliable handling the ball than most players from other guilds, and they can almost guarantee getting at least a couple of hits when they attack. They excel in the early game when they can blow past the opposing team like a typhoon, but their poorer defensive abilities make them fragile in the late game.

The Navigators raw pace is exceptional, they’re in the running for the fastest Guild in the game. In addition, they have a slightly higher capability for damage than the Fishermen, allowing them more of an option for doing damage. The trade off is that while they can hit their opponents with more skill, they lack many of the Fishermen’s defensive abilities, meaning their ship can sink quickly if the helm isn’t handled carefully.

The Navigators are a Guild for coaches who like speed, aggressive play, and extremely reliable attacking options. 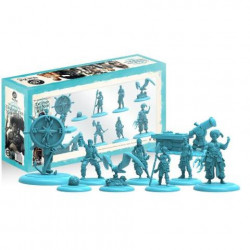 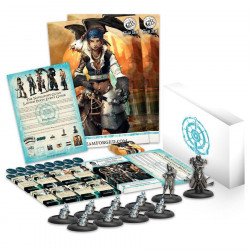 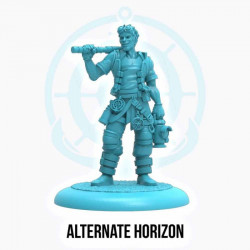