The Ratcatchers are a Minor Guild tied to the Morticians by back alley deals. As a Minor Guild, some of their players can crossover and play for the Morticians too. As a result their playstyle mirrors their parent Guild, with a focus on nasty tricks and nonsense! They love scoring goals, and come equipped with an array of disagreeable ploys to let them do so. They have abilities which force the opposing player to make a choice between which bad thing they’d like to happen to them. As the Ratcatcher player, you can sit back and watch your opponent try and work out their least-worst option!

This is coupled with a huge number of abilities that allow them to push the enemy team around, move friendly models, and spread their unique disease condition. This condition makes it harder for the enemy team to heal their models, allowing the Ratcatchers to grab some opportunistic takeouts on their poor, sick opponents! They’re at their best in the mid game, when disease starts taking its toll, the ball comes out into play, and their numerous control abilities start wearing down their opponents.

The Ratcatchers are a guild for coaches who love underhanded tricks and control abilities, and using those abilities to score goals all day long. 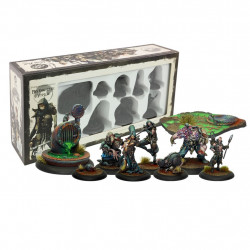 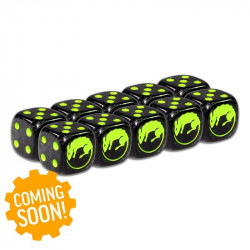